I feel like I’ve owned 100 carriers in the short time since Elliott was born. It’s hard not to want to try everything that’s out there (and there are sooooo many different types of carriers out there!), especially when you aren’t comfortable wearing your child in the one that you have. I’ve tried lots of different ring slings, soft structured carriers, and hiking carriers and I’m finally learning what my favorites are. One of my friends suggested that I write up a gear review on the two hiking carriers I’ve tried, so here are my thoughts. Remember that hiking carriers are similar to backpacking packs – they fit everyone differently so it’s best to try things on in person to find the best one for you!

I spent most of last summer hiking with Elliott in a Tula baby carrier. He was ready for a hiking carrier, but the carrier I had (a Deuter Kid Comfort Air that I was gifted) wasn’t able to adjust to my body and it was always uncomfortable. During one of REI’s sales I noticed that the Deuter Kid Comfort Active SL was on sale. The “SL” version of this carrier is made to fit women better, so I decided to try it out! Plus I’ve used the SL version of their backpacking pack and liked it, so I figured this would fit the same. REI has a killer return policy so I knew I could try it and return it if it didn’t work.

At first, the Deuter worked out pretty well. It adjusted much smaller to fit my body. However, it was still uncomfortable after about a mile. There were also some huge cons for me. First of all, the storage on this carrier is honestly awful. There’s only one hip belt pocket that my phone barely fit into, and the main storage container in the back is held closed by a pull cord instead of a zipper so I was always paranoid my gear was going to fall out. There’s no storage for the sunshade or rain cover (sold separately) so you have to make a decision at the trailhead and hope you don’t need that stuff during the hike. But the biggest con for me was that there is no water bladder holder. I’m a big fan of water bladders so that I can drink water whenever I want, and taking off the pack to grab my water bottle was a lot of work. I was fine slogging through hikes in pain and dehydrated because at least the pack fit, but I figured there had to be something better out there. The problem is that there’s not a ton of carriers sold in store at REI where I can try them on, and I didn’t really want to shell out hundreds of dollars for a carrier that might not fit.

Fast forward to this winter. I’m scrolling through Facebook Marketplace and I see that someone is selling an Osprey Poco AG carrier for only $100. I immediately message her while googling reviews, and within an hour I’m the new owner of a very underpriced and almost brand new Osprey hiking carrier! I figured that if I hated it I could sell it for what I paid and just settle for the Deuter. But after a bunch of hikes testing out the Osprey I think I’ve finally found a winner! This pack fits me better and has more of the features I wanted. Here’s my official comparison of the two: the Osprey Poco AG vs the Deuter Kid Comfort Active SL

Comfort: For me, the Osprey wins. The straps all have more padding, and the waistband of this particular version of the Poco uses Osprey’s AG (anti-gravity) technology. My husband has an AG backpacking pack so it was exciting to think that maybe he’d be comfortable carrying Elliott up a mountain! The AG version isn’t sold anymore, but if you’re like me and you’re looking to buy one used you might come across one of the AG carriers. The only con is that I do have some soreness on the front of my hip bones from the hip belt, but it’s better than my shoulders dying on every hike!

Stability: The Deuter wins in this category. When I wear the Osprey I feel like I’m wearing a giant heavy tank on my back and my center of gravity is definitely off. Elliott felt closer to my body in the Deuter even though I don’t really see that in pictures. I already hate climbing steep trails with a giant bouncing toddler on my back, so the fact that the Osprey makes it worse is kind of annoying.

Sun/Rain Shields: Osprey wins again. There’s a built in zippered compartment behind the baby area where the sun shield folds out, and putting it on is super easy. I’ll always have it with me because it’s permanently inside the carrier. I had to buy the rain shield separately.

Kid Area: This one is tricky to judge. I can’t exactly ask Elliott for his review of the area, but based on what I can see it looks like the area is bigger on the Deuter. The Deuter also opens on one side so kids can climb in/out, and the area has soft walls (is that a pro or a con?). I think it holds bigger kids that the Osprey would, which leaves me concerned because my kid is tall and with all his winter gear on I’m worried he won’t fit in the Osprey for very long! Both carriers have pillow areas for naps, and the headrests seem to go to the same height. They also both have foot stirrups, although the Deuter ones seem to have a bigger range of adjustments for the foot placement. However, the shoulder buckles on the Osprey are way easier to put on a child than the ones in the Deuter due to the placement of the clips. In the Osprey the straps clip near his chest, where on the Deuter they clip down by his legs where I can’t see what I’m doing and it’s a struggle every time.

Safety: I haven’t tested the safety of this carrier out by falling yet, but by holding the two carriers you can tell that the Osprey is more structured. This also makes it feel like it won’t accommodate bigger children, but at least I feel safe carrying him now!

Etc: I immediately noticed that the kickstand is way easier to pull in/out on the Osprey and I no longer need a second person to help me close it when it’s on my back. It’s the little things sometimes!

Overall, the improved comfort, storage, and water bladder holder on the Osprey won me over. After a month of hiking in the new carrier, I decided to return the Deuter to REI. I saved almost $200 by buying the Osprey used instead of keeping the Deuter (and the rain shield and sun shade that I had to pay extra for), and I’m much happier on hikes now! Finding the right gear for your body is a tough process sometimes, but it’s worth it! Don’t be afraid to try a bunch of different carriers to find the one that works for you. And don’t be afraid to buy used because you can save serious money!

What’s your favorite hiking kid carrier? How many carriers did you try before you found the one that worked for you? 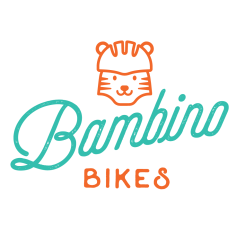 Elliott has been teething (getting his first few molars 😩) since Saturday and it has been rough on all of us. Yesterday I was absolutely exhausted but I knew that getting him out of the house on a hike would be the best thing for both of us. And I was right! He was the grumpiest he’s ever been on a hike, but he was 200% happier out there than he has been indoors. Plus he really loves hanging out with friends (my mom friends and his kid/baby friends) and dogs on the trail. And I was so much happier being outside in a gorgeous place!
Happy #impactday to my fellow @keepnaturewild #wildkeepers! Every month I say I’m going to clean up a new spot, but every month I end up having to re-clean my neighborhood streets and park. A week ago the city cut down some of the brush along the road, exposing a ton of trash I couldn’t get to before. And because the road we walk to get to the playground is where everyone parks when they want to go to the playground or swim in Campbell Creek there was a ton of trash over there.
Earlier this year I met a bunch of moms who like to hike together with our kids. We recently decided to plan a moms only kayaking trip out of Seward. I haven’t sea kayaked in years and Seward is my favorite place on earth so I was 100% down for this adventure!
Fun fact: this picture was taken at 11:00 PM!
Today was Elliott’s yearly evaluation with early intervention and his PT. This is the evaluation that diagnosed him with severe gross motor delays last year and even though I thought it would be less stressful this year it really wasn’t. But right now I’m deciding to focus on the positives and that’s what you see in this picture right here: Elliott walking on his own two feet at the top of Crow Pass!
The first time I hiked up to the top of Crow Pass was 5 years ago. I remember thinking that this was a tough hike and I felt so accomplished after getting up there. I never could have imagined that one day I’d hike up there with my toddler and all our gear for two nights and get to camp in the Crow Pass Cabin! Doing this hike with Elliott made my heart so happy and I had a blast making new memories up there. My “backpack” is a lot heavier now than it was 5 years ago but it’s also a whole lot cuter!
When it’s crazy hot out and you’re exhausted from backpacking the best solution is a chill family lake day with some friends!
3 days. 2 nights. 8 miles round trip. 3 moms. 4 kids under 4. A billion mosquitos. Too many mountain goats to count. 50+ pounds on my shoulders. And so many amazing memories ❤️
Today as I was dancing around the house with Elliott and we were both screaming the lyrics to “Barbara Ann” at the top of our lungs I realized that at some point in my life doing silly stuff like this with him will be a distant memory and I almost cried. He’s turning 2 next month and clearly I’m not ready 😩
Our little family out for an evening stroll at Potter Marsh ❤️ Seriously nothing is better than watching this kid get stronger and more confident on his feet every day!