“Do you ever get anxious or nervous out there?” I asked, holding my breath while I waited for the answer.  I was standing in front of Leighan, the special guest at REI’s “Force of Nature” movie screening event.  I had shown up to support Girls on the Run – I’m on the board of directors and we were getting the proceeds of the event – but I was immediately sucked into the film about Leighan and her incredible story.  She had spent years skiing, climbing, and working as a guide on Denali before she got pregnant and decided to get her pilot’s license.  She knew she wanted to be able to visit Denali during the day and come home to her family at night, so she traded one badass job for another.  She now works as a pilot for a flightseeing company in Talkeetna, and the short film about her life was amazing!  (you can check out the film and her story here!)

After the screening, she did a quick Q&A.  We were all enthralled by her stories, especially the ones about climbing Denali.  She went into detail about one climbing expedition where almost all of the tents, food, and gear blew away and 16 people had to cram into one 4-person tent at night.  But she survived, and she kept on climbing the mountain.

I’m currently obsessed with stories about incredible women doing brave things.  I’ve been reading books about women in the arctic who have seemingly impossible adventures like dogsledding, fat biking the Iditarod trail, and solo hiking the PCT.  And Leighan’s story was yet another one that made me sit back and think, “I wonder if I could do something like that?”.  What exactly is holding me back?  And hands down, the answer is fear.  I love trying new things and enjoy the thrill of tackling something that previously scared me, but I’m not going to pretend that I’m not anxious and nervous along the way.  The most badass women out there seem to just naturally be good at things and never worry about dying or getting hurt along the way – or do they?

So as the crowd of people slowly cleared out at the end of the event, I walked up to Leighan and asked her if she ever feels that way too.  Her eyes got wide and she laughed  before saying, “Oh god, yes!”.  It turns out she’s afraid of some of the same things I am (I mean, who’s not afraid of the dark?) and that we share a life motto:

Her advice was to tackle one fear at a time.  Alaska is one wild place, and anxiety is good because it teaches me how to do things safely and carefully.  And if I take it slow and spread out all the new things I want to learn, I’ll have a pretty adventurous life full of manageable (and fun!) amounts of fear.  Because fear is normal and everyone gets it, even the people who don’t look scared at all.

But don’t get any ideas here – I’m never climbing Denali OR flying my own plane!  Although my next scary new thing will actually be happening in Denali National Park.  Every year there is a lottery to win a coveted car entry into Denali (cars are only allowed to drive the park road 4 days out of the year) and this year my friend won a spot!  I’ll be camping in the park with her next weekend and we were told to prepare for a snowy campsite.  I’ve never tent camped in the snow, and I’m nervous about how my gear will hold up (she has a winter tent but my zero degree bag is about to be put to the test!) and if I’ll be able to stay warm or have to give in and sleep in the car.  I’m doing my research and making sure I’m prepared, but this is definitely going to be an adventure I never thought I’d take!

What’s one thing you’ve always wanted to do that scares you?  Why haven’t you done it yet?

3 thoughts on “Fear Isn’t All That Scary” 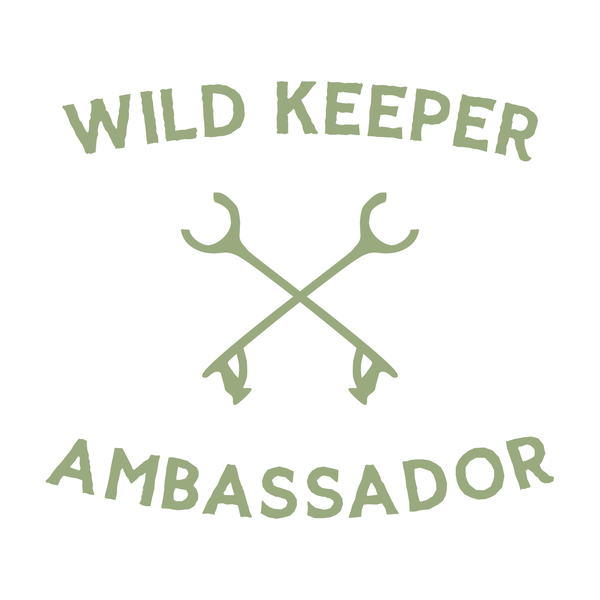 Ellie made a friend at the @alaskasealifecenter!
Our beach camping weekend was amazing! You don’t realize how bad your Seasonal Affective Disorder is until the first 50 degree day of the year, am I right? 😂 But seriously, getting to visit my favorite place and hang out with some amazing friends on/by the ocean is exactly what I needed. All 3 of us had a blast, and it’s so amazing to watch Ellie fall in love with a place that’s so important to me and Andrew!
Currently living my best life in Seward. And I know a lot of people say that, but I really mean it. Seward is my favorite place on earth, and being here has been the most amazing and relaxing way to kick off spring! So far I’ve watched the sun rise and set from our ridiculous cabin on the beach, read a book by the ocean, got a sunburn, walked miles along the coast (mostly because we were trying to get Ellie to nap), went out on our friends’ boat where we saw a mommy and baby humpback as well as a star fish, octopus, otters, and a bunch of eagles, and watched Ellie play with a sea lion at the Sea Life Center. I’m so excited to see what adventures we get up to tomorrow!
Another day, another #basicalaskamom walk with Ellie. Coffee (iced!), Xtratufs, and a hoodie will be my new uniform until the snow flies again!
Today I put my skis away and packed up the ski attachments for the Chariot. Winter is probably not over yet (🙄) but I’m ready to move on to using the Chariot for bike rides!
The first time I hiked the Butte I thought it was awful. I remember wondering why anyone would like that hike 😂 I mean why would you hike a mountain that had stairs on it?!
My “spring” Denali State Park getaway recap is up on the blog! I wrote about how this trip really went down so everyone who has ever tried to sleep with an overtired toddler in a new place knows they are not alone 😂 But the first sleepless night was worth it because LOOK AT THAT VIEW!
Why am I jumping for joy? Because today I got to hike with some old (and new!) badass hiking friends and I didn’t have 35 pounds of toddler/pack/gear on my back! Sadly it was too windy to get much higher up Near Point than this, and it was crazy cold and literally snowing. So we bailed after 5 miles and went to brunch instead. #priorities
Here we are freezing in -11 degrees (in April 😩) but I got to show Ellie the tallest mountain in North America so it was 100% worth it! And let’s face it, I’ll do anything for a good cloudless view of Denali 😍
Just spent the most fabulous 3 days cabin camping in Denali State Park! We snowshoed in -11 degree weather (but hey at least it was sunny!), read books by the fire, and stared at the tallest mountain in North America from our cabin windows. We also attempted to snowshoe up Curry Ridge but gave up after a mile because we had to break trail and our dog was too short to deal with the snow 😂 I was hoping for a slightly more springlike experience but it was a good way to (hopefully) say goodbye to winter!