Like I mentioned in my last post, this was a perfect weekend for hiking!  So we decided to try out a new hike in Hatcher Pass.  In the past, we’ve stuck to hikes that can be accessed from the paved, year-round road  that goes up to Independence Mine from Palmer.  But this time we decided to drive onto the summer-only dirt road that leads through the pass, and do one of the hikes off of that road is the hike up to April Bowl and Hatch Peak.

This hike was filled with surprises.  I saw that the hike was rated as being pretty easy, and there was only about an 800 foot elevation gain.  So I figured it wasn’t going to be that exciting compared to so many of the other longer, harder hikes I’ve done lately.  I zig zagged up the switchbacks towards April Bowl, surrounded by families with small kids and lots of dogs.  It only took a few minutes to reach the bowl, where I found a gorgeous lake surrounded by peaks! 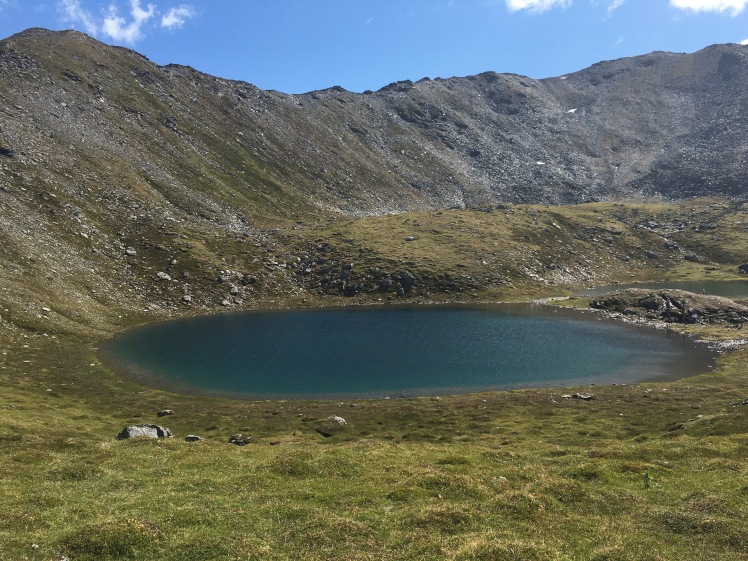 Looking closer at the peaks surrounding the bowl, I realized that people were standing all along the top of the ridgeline.  I was so excited to get up there!  The trail up to the top of Hatch Peak wasn’t too steep, and the views kept getting better and better the farther we walked.  We also realized as we got higher that April Bowl actually had four lakes in it instead of just the one that we could see from down below! 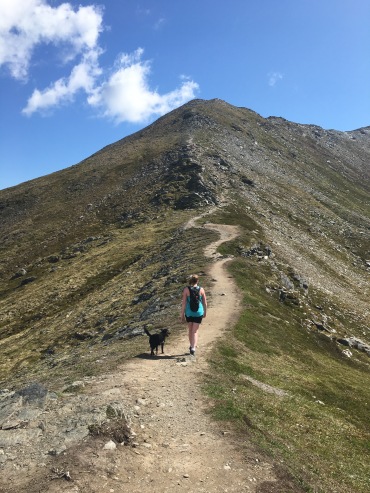 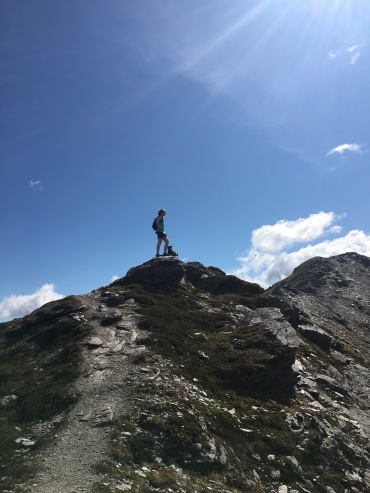 It was amazing how much we could see from the ridge.  The Talkeetna range seemed to go on forever, and we could see all the way back to Palmer.  We even saw Denali, the tallest mountain in North America!

We spent as much time up there as we could before heading back down to our car.  The trail was the easiest summit I’ve done with the best views I’ve ever seen.  It might not sound like much on paper, but now I think April Bowl/Hatch Peak combo is my new favorite trail!

After we got back to the car we finished driving on the Hatcher Pass Road.  It’s 22 miles of dirt road that leads from Independence Mine all the way to Willow.  It was a really long detour (it added about an hour and a half to our drive) but it was worth it.  The views out there are amazing!  Although next time we’ll stay on the Palmer side of the trail to save some time (and to get to the post-hike dinner sooner!).

Do you like to take the scenic route, or would you rather take the shortest driving route?