Last Thursday, June 1st, was my fourth wedding anniversary!  My husband and I have been together for almost 11 years (we met sophomore year of college!) but only tied the knot 4 years ago back in Ridley Creek State Park in Pennsylvania.  The next day we flew up to Alaska for our honeymoon, fell in love with the state, and the rest is history!

Our anniversary was an absolutely gorgeous and warm day, so we knew we wanted to celebrate with a hike.  After some debate, we decided to summit Little O’Malley peak.  The trail is really short – I think it’s only a mile or so to the summit – but it’s steep.  I’d only done the hike once, and Andrew had never done it before.  I told him as we parked the car that he was probably going to hate me halfway up the mountain!

The trail starts out with a short descent down to a creek, and then it starts to go uphill pretty quickly.  It was windy in the valley but not at all on the mountain, and soon after starting to go uphill we had to take lots of breaks to breathe and drink water because it was so warm!  The trail is steep and covered with loose gravel, so I found it really hard to take breaks on the way up because I felt like I was going to fall off the mountain whenever I stopped.  Ridley, however, ran up and down that mountain with no problem!  He spent a lot of time running on the snow and drinking the snow runoff while Andrew and I rested our burning legs on the way up.  There were a few times when Andrew wanted to turn around, but the mountain is so short that we were at the top before he was willing to give up! 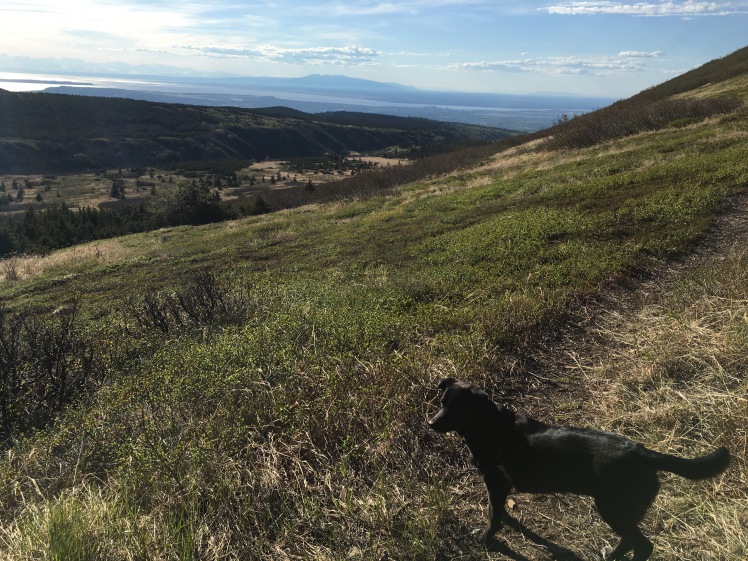 The summit has amazing views of Anchorage, Cook Inlet, and the mountains far off in the west.  We stopped at the top to eat celebratory cookies for our anniversary, and then headed back down the mountain.  On the way down I tried to stick to the side trails that wind through the dirt and tundra because they were less scary than the gravel trails.  Once we got to the bottom we realized that our favorite pizza place was still open, so we got a pizza to go and ate it at home while our dog took a much deserved nap.

Overall the hike took us 2 hours and 45 minutes and while we were tired, we were so happy we’d chosen to celebrate our anniversary with an epic hike!  Many people in Anchorage consider that an “easy” hike but since we’re not from Alaska we can honestly say that the hike is a tough one, especially if you’re out of shape.  But I’d rather hike a short and steep mountain than a long and steep mountain so I’m glad we did it! 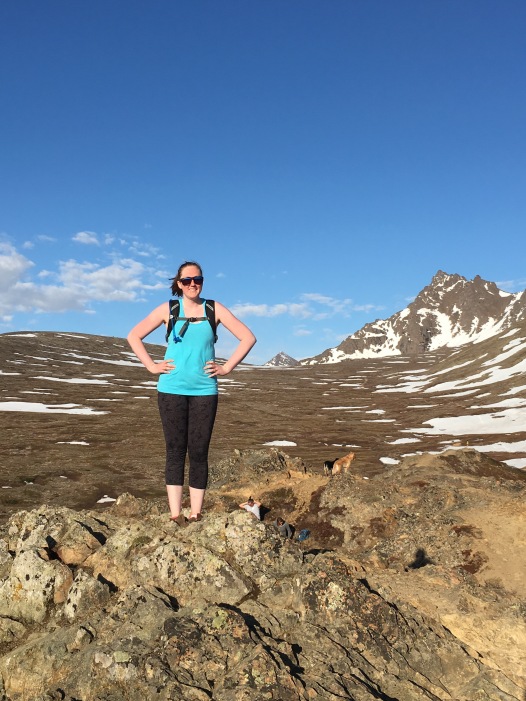 Have you ever celebrated a big event in your life (like a birthday or anniversary) with an athletic activity?  What’s the hardest hike you’ve ever done?

8 thoughts on “Sometimes You Celebrate With A Hike”