Hi everyone!  Believe it or not, I’m over 3 weeks into the Whole Life Challenge!  This week I was really sick from Monday through Saturday, so it was interesting trying to cook and workout like normal when I was feeling so blah.  It did help me totally ace my sleep challenge because all I wanted to do was nap!  This week I didn’t technically try many new “recipes”, but did try a lot of new things.  For example, I whipped up my sweet potatoes to mash them instead of eating them plain, fell in love with Amy’s Black Bean chili from the store (less prep for me, and it’s compliant!), baked some pumpkin seeds after carving pumpkins this weekend, and even threw some rice and chicken that I had prepped on the weekend into some chicken broth when I was too sick to make “real” soup.  It’s nice to mix it up every few weeks!  I did try a few new recipes though:

Homemade Almond Milk:  I made mine plain just so I could test it out, and I couldn’t believe how easy it was!  It looks (and tastes) like store bought almond milk!  Perfect for my smoothies and overnight oats!

Almond Butter Banana Cookies:  I changed this recipe a bit – I didn’t have nutmeg so I used pumpkin pie spice (which has nutmeg in it) and don’t like the taste of cloves so I used cinnamon instead.  I also used oats instead of the pecans because I wanted to be able to use these to quickly fuel before a run.  They are super soft and cake-like, and taste just like banana bread!

Pumpkin Pie Energy Bites:  I made these for a fall-themed party that I went to on Sunday night, and everyone loved them!  They were super gooey and tasted just like a pumpkin pie – without any added sugar! 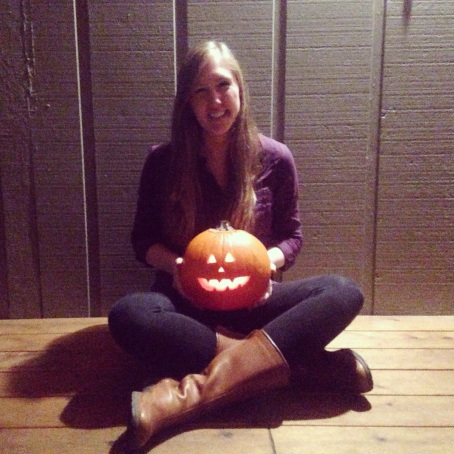 No fall party is complete without some pumpkin carving!

Also, I have a confession:  I ate pizza on Monday.  Now before you freak out, here’s what happened: Andrew and I spent last weekend talking about our new way of eating, and how much we’re enjoying it so far.  And part of our discussion was how we want to make this new way of eating work with our favorite foods, like pizza, once the challenge is over.  I said that there is no way I’ll ever stop eating it because pizza is the greatest thing on earth, but that I’d like to eat only high quality pizza (no fast food stuff like Pizza Hut) and only do it once or twice a month so that I don’t get addicted again.  On Monday I was craving pizza so bad, and since I had earned some Indulgence Tokens I knew I could have some and not lose any points.  And I knew that if I was going to eat something non-compliant, I wanted it to be something that I planned in advance and was completely comfortable doing – not just me caving in to a random craving.  So we ordered a personal pizza from the Moose’s Tooth to share, baked some veggies, and had a much healthier, smaller portioned pizza dinner than usual.  And ever since then I’ve been right back on track and haven’t had any more pizza cravings!  In fact, I passed up lots of yummy looking non-compliant things at the party this weekend and didn’t even care!  This challenge is definitely teaching me that I don’t “need” to eat anything, but I can occasionally eat things that truly make me happy without feeling any guilt.  I have to remember that the way I used to eat was so awful and that I’m making tons of progress – but it’s a slow process and having the occasional non-compliant food item is okay.  I don’t plan on doing that again until we get to Portland at the end of the month and I can have some Chipotle! 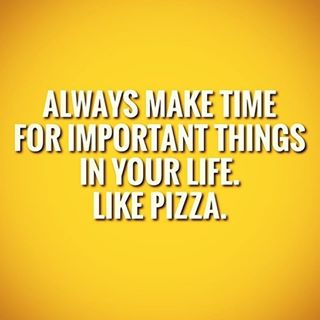 My other big WLC moment this week was my workouts.  I was so sick that the thought of working out for 10 minutes each day was rough.  But I got it done!  I did lots of yoga – in fact, Yoga With Adrienne has a “Yoga For When You Are Sick” workout that was a life saver!  I also did some ab work, and even got a run in on Friday with my friend and actually ran pretty fast!  I was feeling so awful this weekend that I opted to move my weekend 10 miler to a later day next week after work, and chose to go hiking and do some easy running over the weekend instead.  I’m FINALLY feeling back to normal and I’m excited to actually make it out to the gym this week!

This week’s lifestyle challenge is no electronics during meals, and this is the first challenge that I’m really concerned about  because I literally can’t tell you the last time I ate without my cell phone, my computer, or my TV to keep me company.  We did a pretty good job with it over the weekend but the real test will be at work!  I’m also hoping to try a few more recipes and classes at the gym.  We’re almost at the halfway point and I can’t believe it!

How do you exercise when you’re sick?  What is the longest time you’ve ever gone without pizza?