Hi everyone!  It’s Monday again, and it’s the perfect time to recap my latest week of the Whole Life Challenge!  I can officially say that I’ve gone 2 whole weeks without any added sugar in anything I ate!  Plus no dairy, bread, pasta, and ingredients that I can’t pronounce.  And it has been getting easier each day!

This week, I could see a serious difference in my routine.  I was more comfortable spending time in the kitchen, especially in the mornings.  I realized that eating a large breakfast meant that I wouldn’t get hungry for hours, even with my busy mornings teaching.  For lunches I had leftovers, and we even tried a few more new things for dinner!  I learned that the excitement of trying something new had me looking forward to eating instead of thinking of all the things I couldn’t have (although to be honest, I was craving pizza really bad by the end of the week!).  For food, I used some simple recipes, some recipes from last week, and a few new ones too.  This week I actually took pictures of my food before I devoured it!  We made sure to have at least one veggie with each dinner and fruit with each breakfast.  The new and healthy recipes are:

Oatmeal Cake – This is the easiest recipe ever, and it’s soooo good!  It’s like a super moist oatmeal cake made with only 3 healthy ingredients.  It’s probably my favorite recipe so far and was so filling!

Oatmeal Breakfast Cookies – My coworker suggested this recipe as a quick, filling, grab-and-go breakfast option.  It’s basically the same recipe as the Oatmeal Cake, but with a few more ingredients and a more solid form.  They were a lifesaver after my long run this weekend so I highly recommend them! 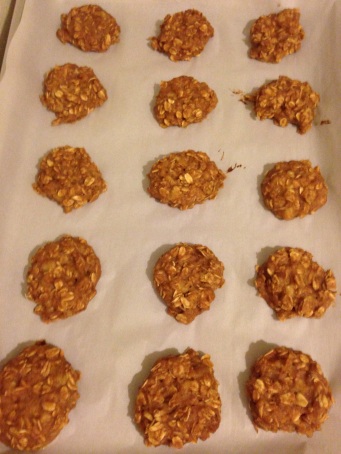 Spaghetti Squash – I used this recipe to make the spaghetti and then used sugar free canned tomato sauce and compliant italian sausage on top.  Soooo good!

Tacos – I usually use tortillas, packets of seasoning, and lots of cheese.  This time I used lettuce, homemade seasoning, and just beans and rice.  These were so much healthier and tasted so much better!  My husband was totally blown away and asked why we’ve been using the packet seasonings for so long!

“Pizza” – I’m really craving pizza, so we tried to make our own.  I really liked the crust, and bought the pizza sauce at the store and just topped it with sausage.  When I make this after the challenge I’ll probably add a little cheese, but it was pretty yummy without it!

Chocolate Peanut Butter “Ice Cream” – I would never have believed it before this week, but it turns out that frozen bananas + a blender = soft serve ice cream!  Chocolate peanut butter is my favorite ice cream flavor so this was perfect – so rich and sweet without any added sugar!

This week the food wasn’t the biggest focus for me – it was the workouts!  I recently joined the biggest gym in Alaska, and have been trying out classes all week.  I always get nervous trying new classes, but I started out easy this week with spin and Barre Fit (which kicked my butt!).  I also did two short runs and not only was I faster than usual, I had so much more endurance!  I love that I’m feeling stronger out there.  For this week’s long run, I did 9 miles with my coworker and I was really conflicted about how to fuel for it.  I tried the past two weeks to use Larabars as fuel, but my body just wasn’t able to handle it.  After doing lots of research and talking to some whole food runners, I determined that my body needs the sugar from my Sport Beans and won’t be able to adjust to whole foods mid-run in time for my next half marathon in 3 weeks.  So I used them on Sunday, and I had so much more energy than last week!  They were just what I needed and I was able to finish strong.

I’ve been doing lots of research into running on a paleo diet because my diet on the WLC is pretty close to that – except for the oatmeal, rice, beans, and peanuts, which I really appreciate for fueling!  It turns out that many sources, including this Runner’s World article, suggest eating slightly off-paleo on long run days because our bodies need a bit more carbs and sugar after that much effort.  It’s been making me think about what I want to get out of this challenge and how I want to eat in 6 weeks when the challenge is over.  I’m thinking that after the challenge I’m going to be very conscious about all the ingredients in everything I eat, but I might allow some sugar and carbs back into my life, especially on long run and race days when my body needs the extra help.  For now, I’m going to focus on making it through the next 6 weeks feeling great and eating as compliant as possible in order to stay healthy during training. 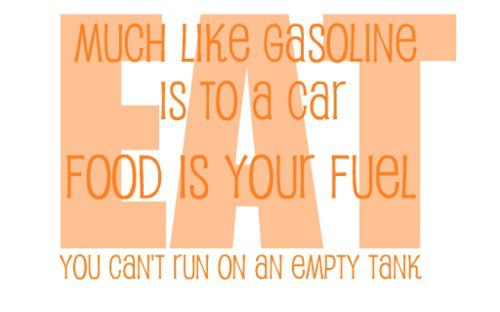 This week’s lifestyle challenge is to get at least 7 hours of sleep each night.  I’m actually pretty good at this, so I gave myself an extra challenge to go tech-free for 15 minutes before bed.  This means I can read, stretch, or meditate before falling asleep.  It sounds so much more relaxing than scrolling through Facebook!

Do you eat paleo and run?  How do you fuel mid and post run, and how long did it take your body to adjust to it?  What new recipes did you try this week?