Hi everyone!  I had yet another fabulous weekend and can’t wait to recap it!

Friday night:  Despite the fact that we were tired from a long week at work, we decided to go aurora hunting because the skies were clear and the chances of seeing it were pretty good.  We drove out to the old bridge on the Old Glenn Highway, which was a new spot for us but came highly recommended.  At around midnight we started seeing some faint lights, and by 1:00 am we got a few minutes of really good stuff!  It wasn’t as bright or long  as last week but my husband managed to get some really good pictures, especially because the full moon helped keep the mountains in view. 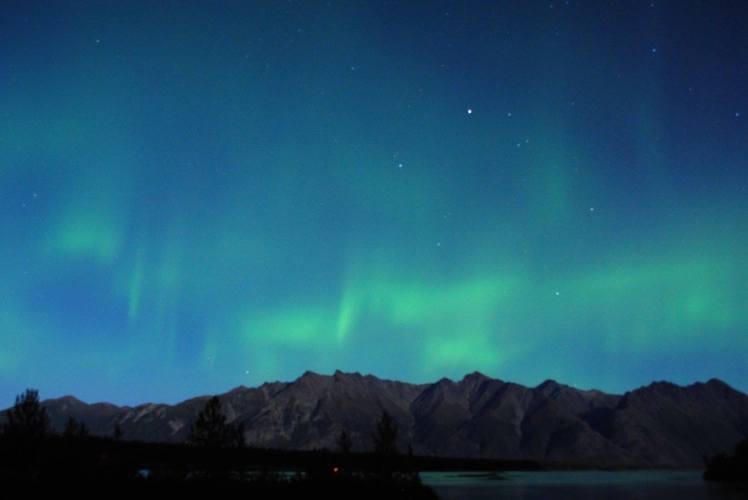 It looks like one big blob because during the 10 seconds of long exposure used to take this shot, it was moving around the sky a lot.  I love the reflection on the Knik River!

Saturday:  After the busyness of last weekend, our long week, and staying up late the night before, we were seriously tired.  So we slept in late and spent the whole day laying around just relaxing.  And I have no regrets.  Sometimes you just need a day to recover!

Sunday:  I woke up and went for a chilly 6 mile run.  It’s definitely feeling like fall out there!  After lunch, we headed out to the MatSu Valley for some hiking and some awesome food at the Alaska State Fair!  The fair is no joke in Alaska – it lasts for a few weeks and has basically every awesome food you can imagine.  But since the state fair is all the way out in Palmer, we wanted to make the most of our trip out there and decided to throw in a hike in a new place.  We’ve always wanted to go to Hatcher Pass, so we picked a super short hike near Independence Mine. 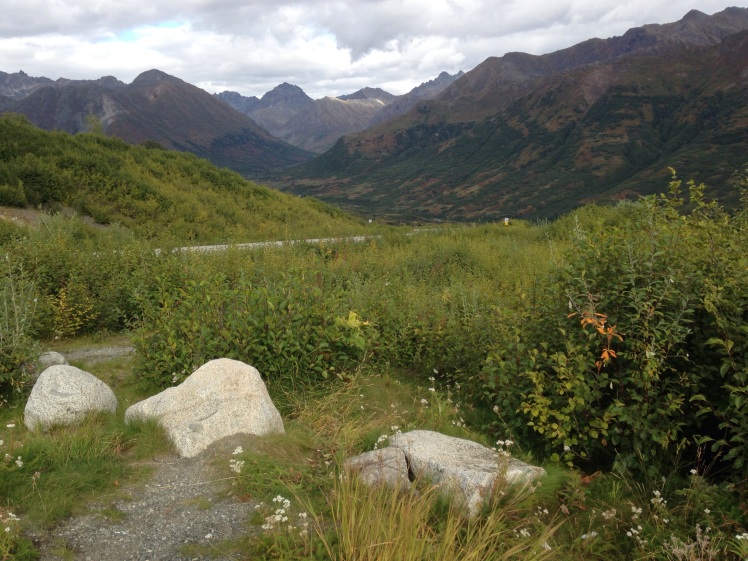 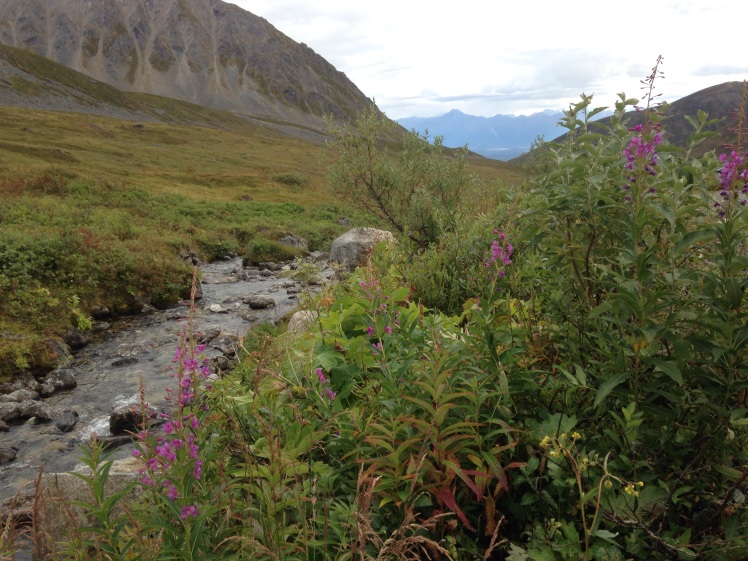 The drive out to Hatcher Pass was so beautiful, and we were so excited to see the leaves starting to change colors, as well as the tundra on the mountains.  We also really enjoyed getting to see the old Independence gold mine, which has been around since the 1930s.  A lot of the buildings are destroyed but it’s a really cool area and as a history major I loved getting to explore it up close! 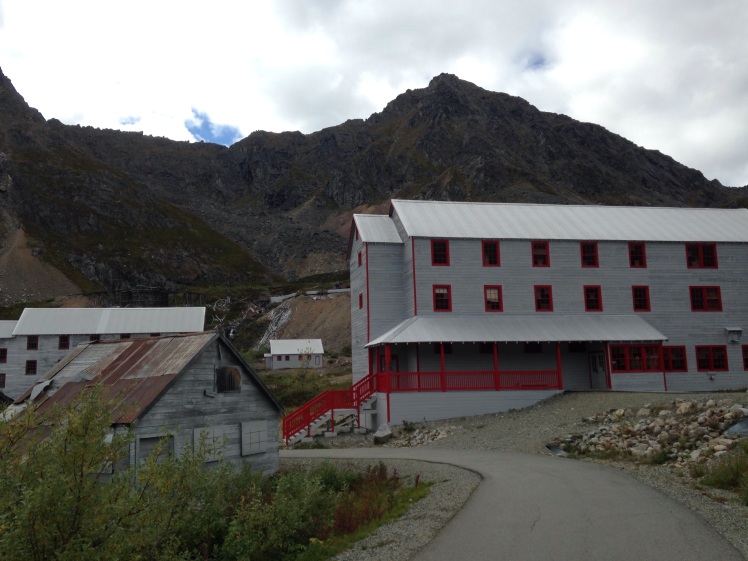 After  walking around the mine for a bit, we decided that it was time to finally get into the mountains.  We decided to hike the Gold Cord Lake Trail, which was about 2 miles round trip with about 800 feet of elevation gain.  The trailhead was right across the street from the mine and we had no trouble following the trail across the tundra and up  switchbacks on a large hill. 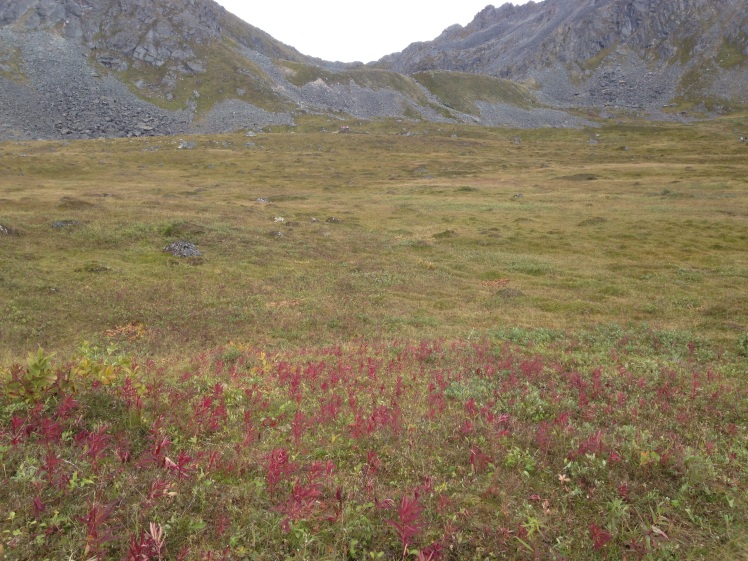 Our hike led us to the low point between those big mountains, where there was a hidden lake.

Looking back at Independence Mine from the trail

At the top, we found a beautiful lake and epic views.  We were sitting on some rocks taking in the view when we realized that it was starting to snow!  We had started the trail at 3500 ft in elevation and at 48 degrees, but I guess hiking up higher put us at a colder temperature.  It was just flurries, but it made me so incredibly excited about fall!  Considering the fact that last year was the least snowy year on record in Anchorage (it snowed like 5 times total), I was pretty excited to see this.  I was jumping all over the trail screaming “SNOW!!!” like a little kid. I love Alaska!

Hanging out in Gold Cord Lake…in the snow!

Once we got back down we headed out to the state fair, where it was a warm and sunny 60 degrees.  And we ate tons of fried food.  #sorrynotsorry.  It was yet another awesome weekend up here in Alaska!

How was your weekend?  Is your weather feeling like fall yet?

8 thoughts on “Weekend Recap: Hatcher Pass and The State Fair”