Hi everyone!  Today is an exciting day:  It’s the first day of Her Tern Half Marathon training!  The Her Tern Half Marathon is a women-only (and one lucky guy!) race here in Anchorage on July 19th.  The post-race refreshments include cupcakes and mimosas in the rose garden downtown, and instead of medals we get pretty bracelets that were designed for the race!  I ran this race last July and I did okay…but I didn’t PR, didn’t break 2:30 (my current half marathon time goal!), and didn’t end strong.  This year, I’m going to try a bit harder so that I can get better results! 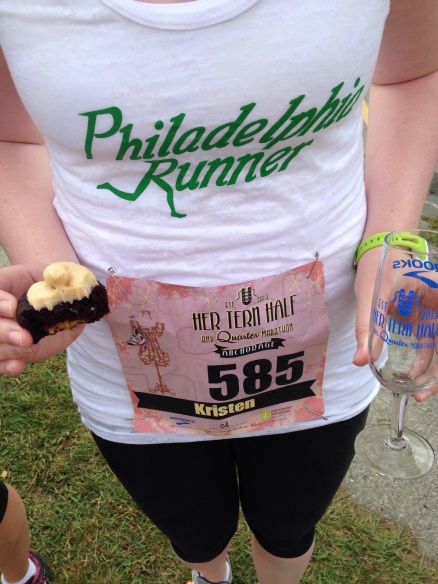 The Plan:  The amazing people at Skinny Raven comped me a race entry AND an entry to the Her Tern Training Group to help me reach my goals this year!  It involves a group run on Wednesdays and Saturdays, so I’ll have lots of fabulous runners to train with and to hopefully get faster and stronger with!  I’ve never done a run longer than 4 miles with someone else, so long run Saturdays will be interesting.  They’ll also be giving us guidelines for how to do our solo runs the rest of the week.

The Goals:  A PR would be great.  A sub-2:30 time would be even better  🙂  But my biggest goal is to train smart and not get injured.  So no more crazy shoe situations!

How I’m going to get there: 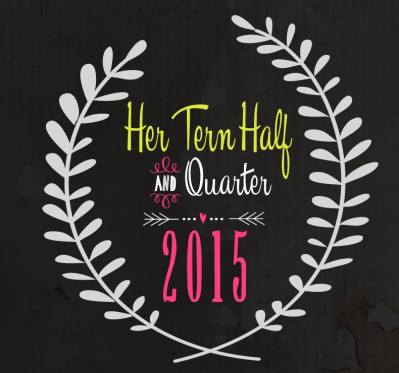 Pic from the HTH Facebook page – let’s hope the logo is this cute!

I’m a bit nervous about launching into yet another half training plan only a month after the Zion Half, especially since I’ve only been running a few times a week (I definitely needed a post-race recovery period) and mostly focused on improving in Pilates.  But with the warm weather and endless sunlight that we’re already getting here in Alaska I think I’ll be running like crazy outside.  I’ve also been in the midst of end-of-the-school-year craziness and that will be over in 2 weeks so I can focus on running instead of work!  I’m hoping that 12 weeks from now I’ll be feeling strong, confident, and fast.  But if not, I just hope that I’m able to enjoy the race and get as much out of this experience as possible!  Look for updates every Monday until race day!

Have you ever run a women-only race?  Do you ever train for races with a training group?

12 thoughts on “Her Tern Half Marathon Training Kickoff!”