Hi everyone!  I wanted to take a moment to talk about something I’ve been using on my recent runs that has been super helpful!  As you all know, I’m running in a place that has lots of potential dangers – bear, moose, ice, etc.  Even in Philly I had to worry about stuff (mostly people) posing a threat to my run.  Because of that, ever since I started running I always carried my phone with me.  It just feels safer to know that I have a way to call for help if anything were to happen.  And if you’re wondering where I keep my phone on my runs, unfortunately I just keep it in my hands!  I’ve never had a way to hold my phone while running.  Now that it’s getting colder, I wanted to make sure I had a place to store my phone and my car keys while I run so that I could be hands free.  While Googling “running belts” I found an awesome new company called BANDI which makes running belts and headbands in really cute colors and patterns.  And after reaching out to the owner, Beth, she let me try out a BANDI belt of my choice!  The website had tons of cute patterns, but I eventually decided on Night Garden because I thought it would match with a lot of stuff that I own.  *Even though I received this belt for free, all opinions are my own*

Things have been crazy with the move and I couldn’t find anything until I started unpacking, so I didn’t get to try my BANDI belt until last week.  I drove to the trail so I needed to store my car keys and my phone.  And I was so happy I had the BANDI belt because it was great running with my hands free for once!  I’m already wearing my gloves for every run and it’s so much harder to carry a phone with me when I’m wearing a glove.

Obviously my phone is not in there because I’m using it to take a picture, but you get the idea with just my keys! 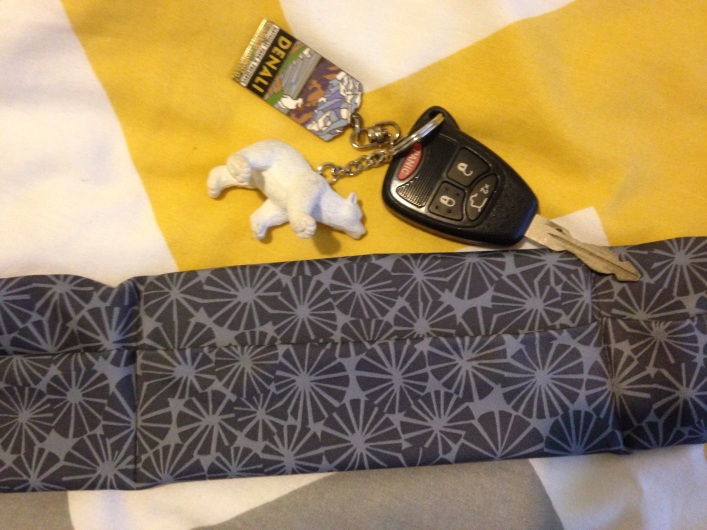 So what did I love about my BANDI belt? 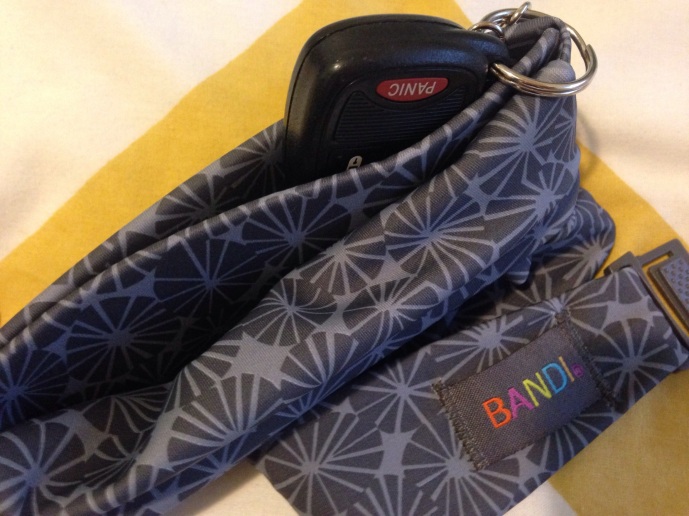 There were a few things I wasn’t a big fan of though:

Overall, I am so glad I found BANDI!  I’m really intrigued by their storage headbands (with room for your key in the back!) but we all know how unlucky I am with finding headbands that work.  Definitely check out their website if you’re looking for a fun and colorful alternative to boring running belts!

Where do you keep your phone and keys while you’re running?

16 thoughts on “BANDI To The Rescue!”