Hey everyone!  Sorry for the delay, I was crazy tired on Saturday night and then yesterday we spent 11 hours in the car driving home.  I’m off work today for a much needed day of relaxing (and getting back into my running routine without any hiking to tire me out!).  Here’s how our vacation went on days 3 and 4!

Saturday:  It was a cloudy and windy day, and temps were down in the 50s.  Even so, we decided to do 2 hikes that have been on our list for a while:  Bar Island and Cadillac Mountain!  Bar Island is really fun, easy, and short hike out to an island off the coast of Bar Harbor.  It’s only passable in a small window of time each day (2 hours before low tide through 2 hours after low tide) and if you miss the time window you’ll be stuck on the island for about 8 hours!  During this time a large sand bar is exposed at the bottom of Bridge St.

Looking out towards Bar Island

You can walk straight across to the island, and then do a short hike to the top of the island where you see a beautiful view of Bar Harbor and Cadillac Mountain!

When we got to the top of the island and saw Cadillac Mountain high above the town, I could tell Andrew was starting to get nervous about our plans to hike it.  We had decided our first year there that we wouldn’t be in a rush to hike to the 1,532 ft summit of Cadillac.  It’s the only mountain on the island that has a paved road to the top, so we’ve been up there countless times to view the sunrise and sunsets.  In fact, between the months of October and April Cadillac Mountain is the first place in the US to see the sunrise and it’s seriously beautiful!  But since the park is closed down, there were no cars driving up to the summit today.  So we decided that it was the perfect time to make a 7.4 mile round trip trek along the Cadillac South Ridge Trail.  Here’s a tip for anyone hiking in Acadia:  the north and south ridge trails are usually the slower and more moderate trails up to the summits.  So even though this trail was the longest, we weren’t expecting it to be too difficult.  The trailhead is off Route 3 right after the Blackwoods Campground.  We parked along the side of the road and saw at least 2 dozen other cars parked there as well.  I was hoping that we wouldn’t run into too many people on the hike!

The hike started out in the woods, which was very peaceful and moderately flat.  After a mile, the trail split and we took the trail on the right towards Eagle’s Crag.  It’s the first viewpoint on the trail, and worth the effort!

After that, the trail turns into a typical Acadia summit trail – the rocky top of the mountain was exposed and trees became more and more scarce.  It was so windy that I ended up wearing my fleece even though I was sweating and out of breath!  The trail constantly wound up the top of the mountain with hardly any flat spots.  We stopped to rest a lot- mostly because I just wanted to check out the views!

Looking towards the summit

About a mile from the top, we reached The Featherbed.  It’s a small hidden pond on the ridge of the mountain.  Both sides of the trail have a steep descent to get down to the pond, which were probably the toughest sections of the entire trail.  But it was worth it!

And after hiking 3.7 miles uphill, we finally reached the summit!  It was very quiet and peaceful up there, even though the presence of the roads and parking lots made me feel a bit less badass after climbing for so long.  I’m so glad we chose to do this hike while the road was closed down though!  There’s a small trail at the top which I recommend doing because you get to see so many pretty views from the summit!

Looking out towards the ocean!

Looking down at Bar Harbor and Bar Island (on the left)

Our way back down the South Ridge was nice and slow, and the views out to the ocean were incredible!  I think this might be my favorite hike in Acadia! 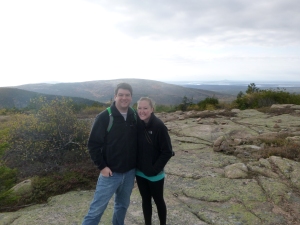 The whole hike, with all the stopping we did at the top and along the way, took us 5 hours.  We were so proud at the end – and hungry!  We went out to dinner in Bar Harbor to celebrate summiting our highest mountain so far!

Sunday:  After packing up the cabin, we went over to Seal Harbor to look out at the ocean one last time.

We also took a short walk along the Rockefeller Carriage Roads off Route 3.  These carriage roads aren’t part of the park, but the owners allow people to walk along them and enjoy the views of Long Lake!

We had so much fun in Maine and I can’t wait to go back again next year!  I loved going in the fall and thought that we were there during some peak leaf viewing.  The weather was perfect for hiking and we even got to see the stars one night, which was incredible!  If you live in a city like me, you’ve never really seen the stars.  The stars were so clear that we were able to see the Milky Way!  And even though the park was closed we were able to do some fantastic trails!

Has anyone else ever been to Acadia National Park?  Do you have any upcoming vacations? 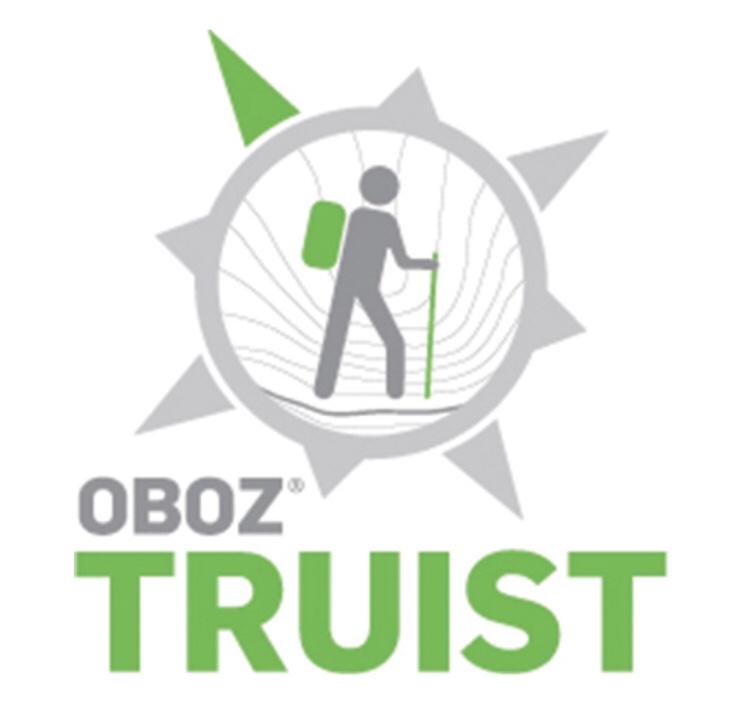